As my appreciation for tea grows as does my curiosity in different tea manufacturing methods. It is amazing how slight variances in processing can result in completely different flavors.

Likewise, the aging of tea can also create completely different tastes. I was so excited to get my hands on a package of Aged White Tea (Shou Mei) from TeaBook. I have wanted to try TeaBook for a while and the white tea was very interesting to me. This tea is aged 5 years which gives it a unique and complex flavor not generally expected from a white tea. I steeped the tea at 200 degrees for 2 minutes.

The tea steeps a lovely light golden color. It has a slight fruity smell. I was so excited after my first sip. The tea is light on the tongue but has a creamy, slightly floral taste. I can also detect a hint of honey in this. I was able to re-steep this 4 times, each time different aspects of the flavor stood out more to me. I really loved this tea, so much so that I want to read up more on the processing of Shou Mei.

I highly recommend this tea to anyone who is wanting to broaden their tea palette. Although the flavor is complex it is still very approachable and so it is a great option for tea virgins just starting to find out what they like in a tea.

This Aged white tea is a unique but luxurious production, looking a little close to Bai Mu Dan but with more silver haired tips. The dry leaf invites you in with hints of honeydew melon and when brewed, an aroma of sweet bread and blackberry pie emerges.

The light gold liquor has flavor notes which dance between shortbread, biscuits with sweet cream and even hints of rose. This is a full-bodied white tea that enters round and is smooth throughout.

Hello there! My name is Stephenia and I am from Illinois. I am in my late 30's and am married to a wonderful husband who encourages my tea addiction! I have an Accounting degree but decided to become a stay at home mom once our youngest was born. Tea has always been a part of my life. I grew up drinking basic Lipton black tea bags made as sun tea. My tea preferences have evolved a lot over the years however I still have a soft spot for basic orange pekoe! I love all types of tea but my favorites include chai, all black teas, white tea and rooibos. In addition to my tea passion I also enjoy cooking, photography, planning and travel.

The Midwest Tea Fest a was a whirlwind of fun! It had everything I could have hoped for in my first tea-centric festival, great teas, fun gadgets, big names, and excitement! I can’t thank the coordinators Alex and Nichole enough Here is my review of the festivities, quick and easy.

Getting to the venue was a bit of a challenge. One of the country’s oldest races cut right across the World War 1 museum, so find the entrance was a bit of a laugh for me, I felt like I was climbing a mountain to get to the tall spire and the bashful sphinxes that guarded the museum. I never realized just how out of shape I was until I trudged up that hill! By the time I got to the entrance, it was already 10:15. The festival started at 10 and the line was already almost to the door. With some waiting and a slight hiccup, (I had preordered my tickets, and got the Dragonwell VIP package, and was not found on ‘the list.’ I managed to get in, but now that I think about it, there was all sorts of goodies I was supposed to receive with my ticket… ah well.) I was in! There was such a mass of people, that I had to wait aside for the right moment to enter, lest I be swept away by the throngs of tea-obsessed peoples.

I managed to get inside, and immediately started taking pictures. Queen’s Pantry was the first booth, and was massively swamped the whole time, with good reason too! They were sampling their Birthday cake black tea, which was excellent. Next door was the Shang Tea booth, which was sampling their white and tangerine blossom red. I couldn’t wait to sit in their presentation about aged white tea and unglazed porcelain.

The booth next to Shang was none other than James Norwood Pratt and his wife Valerie! I had to double back from the Harney and Sons booth to say hello to them both. JNP was a little surprised at my enthusiasm, a good majority of the people in attendance were just walking past him. He had a funny laugh and was quite polite. He handed me his business card with both hands and made me promise to keep in touch. NO problem, man! Next to his booth was Pi ceramics, which had great handmade pottery. I ended up getting a lot of her wares! But that is for another post.

Harney was stuck in the corner, and strangely unattended most of the time. Across that way was Tea Market, Bingley’s and Traveling Tea. I loved Bingley’s setup, they were actually my favorite booth! They had a little Yoda and R2D2 watching over the teas and a little glass teapot.

Phoenix Herbal was next, next to Yoki, Anna Marie’s Teas (Which actually had two booths, I got a teacup candle from their second one) and London Tea Room. Yoki was another one of those booths that was always crowded, I was only able to squeeze in for about a minute before being squished out again. But they did have some great looking tea sets and matcha candies.  The London tea room had some great teas to sample as well. I really enjoyed their setup as well.

A quick jaunt to the booth just outside of the tasting cafés was Single Origin Teas. I managed to snag a sample or two before heading to the presentations. In the tasting café area as well as the presentation rooms I was able to get a more in depth look at the companies and the teas they were most proud of. It was a breath of fresh air, with a lot less people to wade through. I was able to sit in at Tealet’s tasting of Nepalese teas, which is where I met fellow tea blogger, Amanda, ‘Soggy Enderman’ Wilson! Funny enough, we were right next to each other, and a mutal Instagram friend pointed out our near identical tasting cup pictures! Just when the tea was getting good, the fire alarm went off mid tasting session! We all filed out, and waited to go back in, but not before getting one last taste out of the white tea we were drinking. Luckily, nothing was actually on fire, so it was a short wait out in the humid Kansas City air. Whoever set off the alarm, we will never know. I went to the tasting session promptly after we were allowed to go back inside, hosting by the London tea room. At that time my phone had had enough of all the frenzied photographs I was taking and promptly died. My man and I stopped for an eat to bite as well as to charge my phone. While it was regaining it’s strength, we had a great lunch of period army food, ‘chipped beef’ and ‘trench stew.’ Appetizing, ain’t it?

I had some time to kill before the last presentation, so I wandered about, and ran into Elyse and Ree ‘Tulli’ from Tealet! Shooting the breeze with the fabulous and fascinating ladies at Tealet was so much fun, I would love to work with these strong and motivated people again soon!

Finally the time came, the main event was upon us! I had a friend secure us a good seat to listen to James Norwood Pratt’s thoughts on tea. He was a hit, making the easy crowd laugh and describing the intricacies of processing tea. It was a great end to a fabulous event. I had a great time, and I would not hesitate to go again next year. Next stop, Rocky Mountain Tea Fest!

Bonus points for making it through this post: I was on KC TV (channel 41) right before going to the fest! Watch me stumble over my words here. 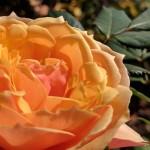 I dream in tea. Hello! My name is Maddi and I love to gongfu and listen to good tunes. I live in Denver, CO with my big dumb malamute and three other people who are not bid dumb malamutes. I like to take boiling hot showers and meditate in my closet. I talk about tea so much that it has become a punch line of sorts with my family and coworkers. Besides my unhealthy obsession with the drink that gives me life, I do yoga frequently, watch Korean Dramas religiously, run as a form of moving meditation, make green smoothies out of any vegetables and fruits within the nearest vicinity, and play video games with my patient and forgiving boyfriend. I also cook for a living and have at least one waffle a day. Likes: Tea, Teaware, All forms of nature, Old movies, People with infectious laughs, Blankets Dislikes: Watching sports, People who don’t tip servers, Slipping on ice, drinking tea for the ‘health benefits’ I tend to only drink loose leaf, although I will have a bagged tea every once in a while in an emergency. I also never sweeten my tea because, ‘if it ain’t broke, don’t fix it!’ I like the following flavors: Smokey Floral Coconut Majority of chai Anything Tropical Vanilla Grassy/Vegetal Citrus Stone fruit/melon Earth/Wood I am not so fond of the following flavors: Hibscus Lavender Strong Bergamot Berries Chocolate Cloves/strong cinnamon

This post was posted in Tea Crafts, Tea Products and Accessories, Uncategorized