Originally this was a Hanukkah Holiday Series Tea from Butiki Teas but Potatoes and Applesause also remind me of Saint Patrick’s Day so I figured I would write about it today in preparation for a week of Irish Vegan Foods on my other Blog My Blissful Journey.

One of the main reasons I LOVE Stacy at Butiki is she ISN’T afraid to try stuff! And you know what…I’ve enjoy everything she’s tried!!!

This was a MAJOR Creative Marvel, folks!  It was suggested in the forums and I was so very grabbed by it I begged Stacy to be one of the Guinea Pigs/Taste Testers!

This really DOES smell like Potato Pancakes and Applesauce! It’s awesome!

But then again…you really have to SEE to believe what she put in this flavored tea! She actually put POTATO in it! Freeze Dried, I believe!  And Apple!

It really doesn’t have much of a color to it after infusing but the aroma still barrels thru nicely!

It’s a meal in a cup! And this is even before my first sip!

As I took my first sip…I can taste the juicy sweet tea base first with a lovely semi-punch applesauce flavor paired in! Following sips – it’s sweet but creamy in places…I really like it! I chalk the creaminess up to the potato. Then in other sips I can actually taste potato in the middle of the sip separate from the rest of the flavors!

It’s brothy and buttery and comforting like mashed potatoes but that applesauce is very nice. It’s not over the top by any means.

Everything about this tea makes me smile!

I mean…no one…has ever done anything like this that I know of.
I seriously can’t stop drinking this.  On the first infusion – when it cools – it starts tasting more and more like applesauce!

The aroma is still present and pleasing.

The taste and texture is incredibly clean. I can taste a very clean plain potato flavor now. On the end sip I can taste the apple. It’s more of a Potato and Apple and not as much as Potato Pancake and Applesauce, per say, but it’s still impressive and flavorful and unique!

Creamy Eggnog is part of our holiday series that encompasses a number of holidays from different religions. Many people might not think of eggnog as their number one choice for a Christmas flavor but Eggnog is particularly important in my family’s tradition of celebrating Christmas. Eggnog always marked the beginning of the Christmas season and was the last thing we would drink before we would try to go to sleep Christmas Eve. As a child, getting any sleep Christmas Eve would have been a miracle. There was always so much excitement and anticipation building. Creamy Eggnog pairs our buttery Organic Huangshan Mao Feng with a rich creamy eggnog flavor. The tea and flavor work well with each other and neither overshadows the other. This tea is sweet with a heavy cream and eggy quality. Add a little brown crystal sugar and the tea becomes extremely creamy, rich, and very much like eggnog. Some vanilla notes become pronounced and so do the egg notes. We added safflower for a touch of red for a festive Christmas colored tea.

Creamy Eggnog from Butiki Teas is a tea that I could drink anytime of day, all year long. I don’t need a holiday to sip on this creamy wonder!

There is such a sweet and subtle spice in this tea but the vanilla cuts it so that it does not come off on the palate as a spiced tea at all. I get just a hint of a note of nutmeg in the cup. The tea sits somewhat heavily on the palate and the mouthful is very creamy indeed. So unexpected from such a light colored tea, which is a clear, and pale, sunny yellow.

The base tea, Huangshan Mao Feng has a nutty, buttery flavor that truly compliments this blend.

Completely organic, and vegan this tea is sure to please anyone and everyone who tastes it.

An excellent flavor for the holidays or to satisfy that sweet tooth! Yes you can add rock sugar, or your favorite sweetener to it and it becomes even more decedent but if you are watching your sugar intake you really do not need it as this tea is stands on its own perfectly.

I tell you, this tea is screaming to be created into a latte with some frothed milk or milk substitute sitting on top! Add a little nutmeg or cinnamon – sinful … I’m going to go do that right now! 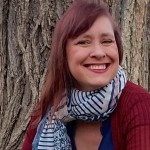