My beautiful, foolish husband let me into a Harney & Sons store in upstate New York. I placed a few carefully chosen items into my basket, and moved toward the checkout.

“Is that all?” the doofus queried.

I tripled the amount in my basket.

When it comes right down to it, I’m more of a forest/lake/inland kind of girl than a beach girl. I like how trees smell. I don’t like sand between my toes. But this tea, man, this tea almost makes me reconsider my stance. Almost.

Where to Buy:  Harney and Sons

Delicious, refreshing tea with a charitable twist. Named for GMHC’s slogan and logo, our Love Life tea is a refreshing blend of Japanese Bancha green tea with fresh flavors of strawberry, coconut, rich vanilla, and puffed rice for a light, fruity brew. 50% of the sales from this tea benefits GMHC, an organization devoted to fighting for an end to the AIDS epidemic and uplifting the lives of those affected. 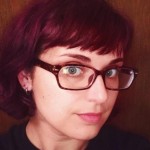 This post was posted in Green Tea, Harney & Sons

I steeped this tea in approximately eight ounces of 212-degree water, using one tea bag, for about three and a half minutes.

These are really cute pyramid tea sachets! (I know pyramid sachets have gotten much more popular recently partly because everybody is recognizing how cute they are, but it still strikes me every time!) I don’t usually buy these, but you have to admit they’re super convenient. There’s no measuring, no latching and unlatching a tea-ball or pouring through a strainer after steeping, no wishing the mesh was smaller so the tea particles wouldn’t get out, no wondering why all of my tea steeping baskets are in the dirty dishes and how I’ll ever get the cooked-on milk out of the mesh of the one that I made chai with that one time.

The tea liquid, once steeped, is amber-like but a bit darker. The smell is like those red-hot candies that my grandma used to keep in a candy dish at her house–I used to always wish she’d let me have one when I was little (I didn’t get one very often though, in my recollection at least, but in retrospect that might only be “not very often” in comparison to the number of times I asked, which if you know anything about little kids and how many times they can ask for something per minute, means you should probably take that with a grain of salt).  The tea is kind of opaque, probably from the cinnamon granules–which tells me that there’s probably powdered cinnamon in the mix as well as the chunks that I saw.. It’s a teeny bit viscous, too.

First sip: sweet and spicy. The spice isn’t as up-front as expected-more “hovering,” which is nice because it means that the tea flavor even comes through a little. It’s a tad astringent, but not bitter at all.

With milk–a good flavor but less fulfilling, because in this case the milk dulls more than enhances the other flavors. I’m not sure why–usually milk just makes things creamier and better. It’s still yummy with milk, but I’d tend to recommend it without just so that you can get the full force of the cinnamon! You could even add a bit of sugar–I didn’t try it here, but I expect it would bring the cinnamon out better in this tea than the milk does.

Where to Buy: Harney & Sons

Hi! My name is Tabitha and I'm an uprooted PNW native living in the South with my husband and my cocker spaniel. My favorite teas are usually dark and strong and go well with milk and sugar. I like to combine tea-drinking with all of my favorite activities, such as listening to music, reading YA fiction, knitting, and writing blog and website content for businesses. Because I'm a well-rounded person, I also have other interests, such as wearing mismatched socks and pretending to be ambidextrous.

This post was posted in Black Tea, Harney & Sons Where To Buy: Talbott Teas

Our top 4 luxury blends are now available in sachets. Just drop one in your cup, and you’re good to go. Plus, Talbott Teas sachets are made of eco-friendly Soilon, which is 100% biodegradable.

One of the first things I tried from Talbott Teas was their Sachets.  I received one of their Premium Gourmet Tea Sachets Sets – more specifically their Orange Creme Dreams Sachet Set.  We should have an Orange Creme Dreams tea review coming up within the next few weeks so stay tuned for that!  In the meantime, I would love to show you this set!

What’s neat about this set from Talbott Teas is that you can choose from their top sellers and they only cost $12!  That AND they are eco-friendly!  That’s always a PLUS!

Again, I really love how simple yet stylish these gift boxes are!  And when you open it up it smells heavenly!

You close your eyes and let the heavenly aroma of real orange peel and vanilla carry you away. In this dream, you can be anyone. But you choose to be you.

Just another look at why I think Talbott Teas made the Oprah’s Favorite Things list this past week!  Quality, Style, Taste, Fun, and Great Customer Service…Talbott Teas!

This post was posted in Tea Products and Accessories